“La Isla de los Alcatraces,” which translates as “The Island of the Pelicans,” was once an island covered by countless amount of pelicans according to the French Captain Auguste Bernard Duhaut-Cilly’s journal that dates back to 1827. The island, today known as Alcatraz, is one of the biggest tourist attractions of San Francisco hosting over a million tourists per year. 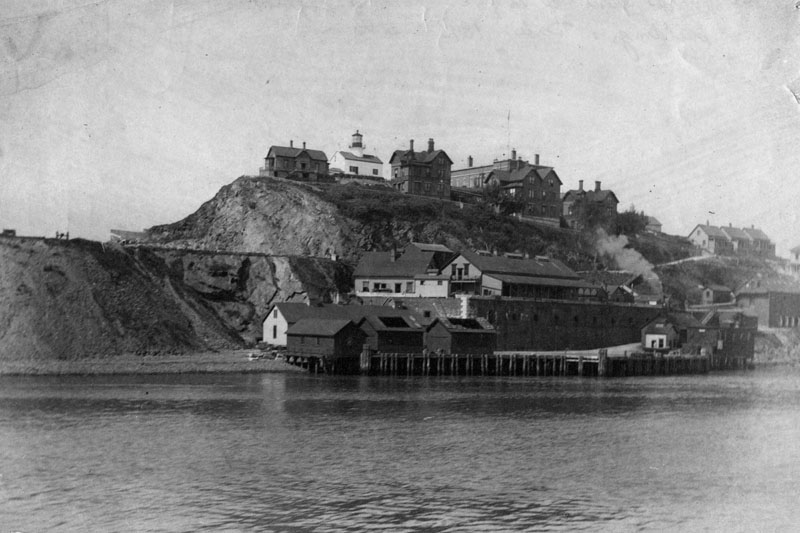 The island was originally developed to house the first West Coast Lighthouse. During the Civil War between the years of 1861-1865, it served as a fortress. About three years later the Army established a permanent military prison on Alcatraz Island.

In the year of 1933, the facility was converted to a maximum security prison. The prison housed some of America’s most dangerous criminals such as Al Capone and George “Machine Gun” Kelly  between 1934 – 1963. According to History.com, maximum capacity of the prison was 450 and each prisoner had their own cells. The short video below showcases the prison and its story in less than 3 minutes including a simple designed conceptual artwork visualizing the facilities of the prison.

After 29 years of service, Alcatraz prison was closed due to high operating costs in 1963 and the prisoners were moved to different prisons throughout the United States.

Before the island became a part of the Golden Gate National Recreation Area in early 1970s, it was occupied by American Indians for 18 months.

Do you believe in ghosts?

There were a total of 14 escape attempts from the prison that involved 36 inmates. Most of the inmates were either re-captured, or killed. Though, two of the escape attempts involved mysterious disappearances. I’ll leave the details to the tour guides.

But that’s not where the mystery ends…

There were many reports of ghostly activity in the prison both by the inmates during the days of service, and by the visitors after the island was open for tours. Some said that they heard clanging and crying sounds, and screams… Some said that they heard a moaning along with footsteps in the blocks. None of these reports were proven to be true—unfortunately—however, there are multiple documentaries on the ghostly activities in Alcatraz prison.

The professionals suggest the visitors to plan their trips for the spring season both because of the ideal weather and tourist traffic.

Alcatraz Island tour tickets are being distributed by many different sources, however, according to National Park Service, the official source for detailed information on Alcatraz Island tours and tickets is www.alcatrazcruises.com. 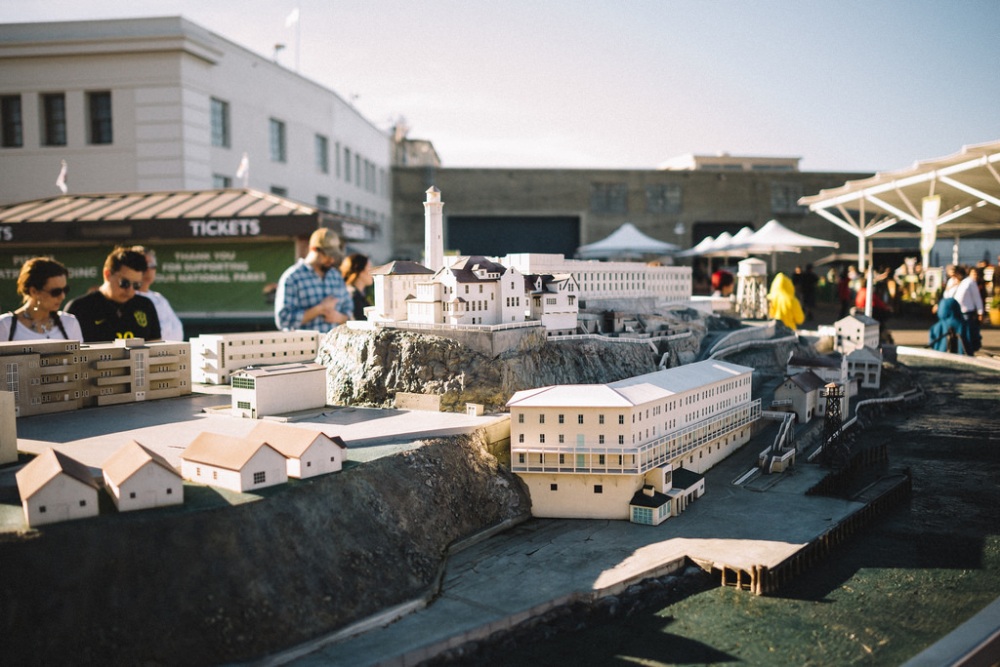 Alcatraz Cruizes has a boarding area at Pier 33, which has a model of Alcatraz Island (see above) that you can inspect. There are currently three different types of tours being offered by Alcatraz Cruises: Early Bird Tour, Day Tour and Night Tour. To learn more about the tours and compare what they offer, click here. While the prices subject to change without notice, the flat rate for the tours on the website seems to be $31. The website has a very informative FAQ page that can be viewed here, we highly encourage you to scan through this page before you plan your trip.

As you might have noticed, the destination posts are now called Pinpoint posts. The reason for this name change is to keep a constant conceptual flow in the blog. If you missed the last Pinpoint post about Lake Merced, feel free to read it here. For more on events at GGU, make sure to check out the next #SocialWednesday post!

Please let us know what you think of GGU Social so far, and submit the topics and features you would like us to include by e-mailing us at ggsocial@ggu.edu! You can also contribute in this 2-question survey to let us know a little bit about your thoughts.