The city that was built on seven hills… 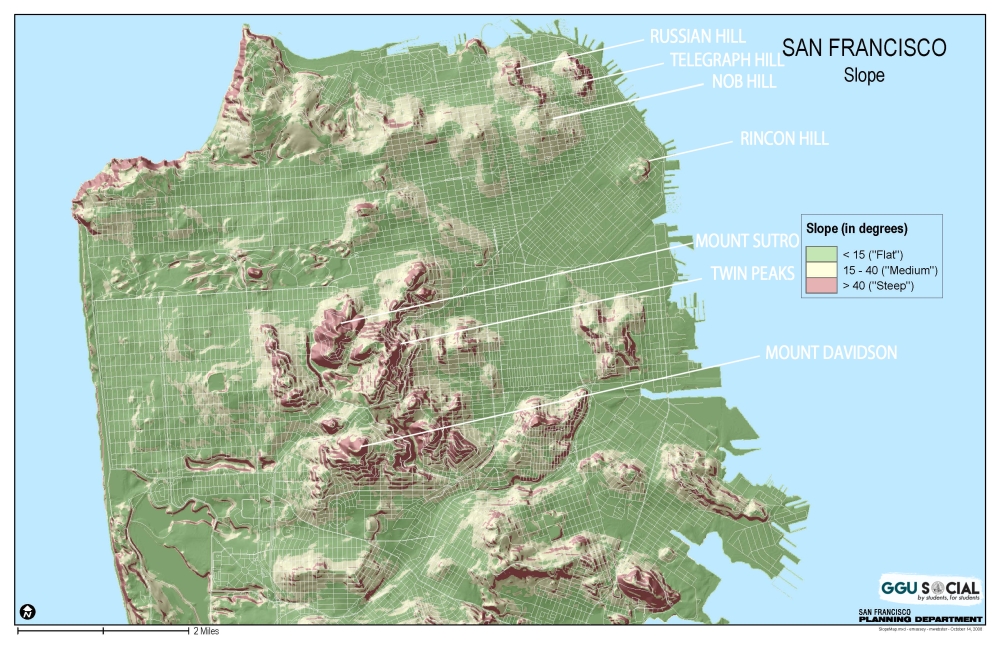 San Francisco has 43 named hills, and as we mentioned in one of our earlier Five Facts posts, the total number of hills in San Francisco was recently announced to be 53. Now that’s a lot of hills. What makes some of these hills really interesting is that, San Francisco is one of 20 American cities that claim to have been built on seven hills. (Source: Wikipedia)

Rumored to be the most expensive hill in San Francisco, Nob Hill is one of the famous hills of San Francisco, serving as an attraction for both the local visitors and tourists with its luxurious mansions, bars, clubs, and historical hotels surrounding Huntington Park. 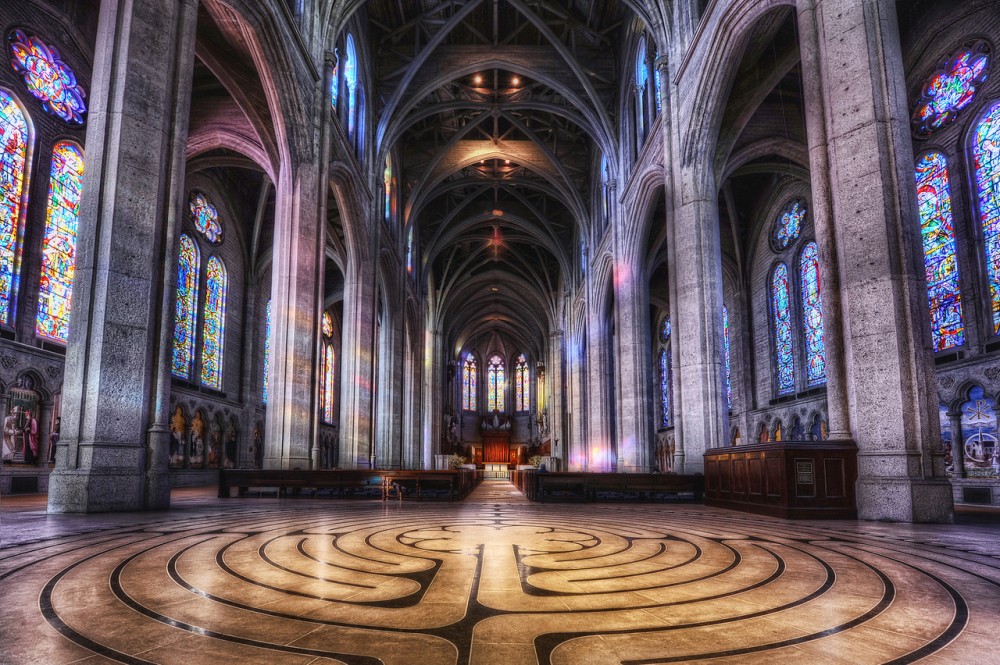 Grace Cathedral’s inherited parish, Grace Church, was founded in 1849 during the California Gold Rush. It was destroyed in the fire following the 1906 earthquake. Grace Cathedral is West Coast’s biggest Gothic structure.

The construction of the present structure started in 1928. Designed in French Gothic style by Lewis P. Hobart, it was completed in 1964 as the third largest Episcopal cathedral in the nation, and the largest in the West. According to Wikipedia, Martin Luther King, Jr. gave a sermon at Grace Cathedral as part of the festival celebrating its completion and consecration on March 28, 1964.

San Francisco’s famous Cable Car Museum is also located on the border of Nob Hill vicinity. Located on Mason Street, the museum is open from 10AM to 6PM thru Octrober, and the admission is free! 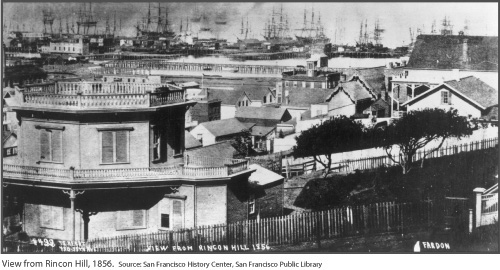 Rincon Hill is situated near the anchorage of the Bay Bridge. During the Gold Rush, considered to be the “first fashionable residential area.”

After it was destroyed by the 1906 earthquake and fire, the neighborhood slowly got back up on its feet and became a coastal industrial area with small factories and warehouses.

The 60-story tall One Rincon Hill is the most popular structure of the area. Construction for this project, completed in 2008, has generated considerable controversy concerning blocked views, pricing, and the architectural style of the complex.

One Rincon Hill is the 5th tallest building  and the tallest residential building in San Francisco.

Did you check out our website’s newest feature?! You can now browse categories at the bottom of any page. Just scroll down all the way, and pick a category of your choice!

We hope you enjoyed reading the second edition of Seven Hills of San Francisco. If you missed the first edition of the series, make sure to read it here. If you would like to read last week’s Five Facts, you can click here to read it.

Keep your eyes on GGU Social for the next two hills!